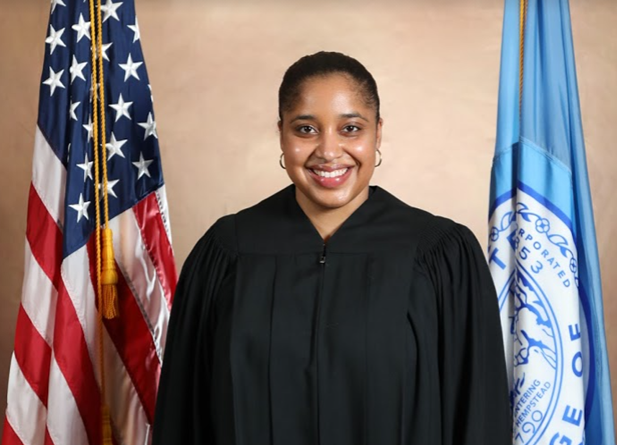 The Honorable Brianna A. Vaughan brings both criminal law knowledge and experience to her position as Village Justice as a former prosecutor. Justice Vaughan is a lifelong resident of Hempstead.

Justice Vaughan graduated from Hempstead High School at the top of her class in 2010. She attended University at Albany, SUNY, where she graduated with honors with a bachelors in both English and Political Science. After graduating from the University at Albany, Justice Vaughan attended Albany Law School, where she focused on criminal law, and became a pro-bono scholar completing over 300 hours of pro-bono legal work. Upon graduating from Law School in 2017 Justice Vaughan returned home to Hempstead and began her career as an Assistant District Attorney with the Nassau County District Attorney’s Office. Justice Vaughan has litigated multiple cases to disposition and verdict.

Justice Vaughan is also currently a business owner and the President of the Lions Club, Hempstead Chapter.