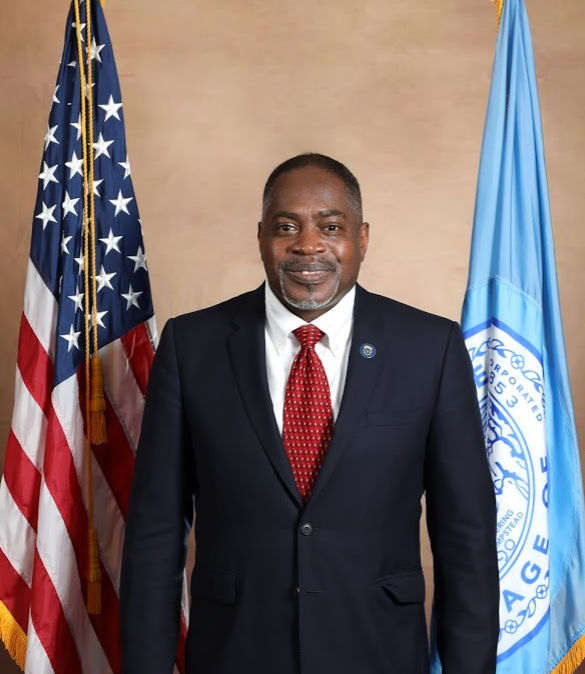 Elected in March, 2021 as Village of Hempstead Mayor, Waylyn Hobbs, Jr. has been a resident for over 40 years. He is married to his lovely wife of 30 years Donna, a surgical RN at Saint Francis hospital and Lt. Commander US Naval reserve. He is the proud father of one son and two daughters. He works continuously and tirelessly on behalf of the entire community to foster social, educational, economic, and community development. Waylyn Hobbs,Jr. served previously as a Village Trustee. He was elected to office March, 2013. During that time he served has Deputy Mayor for two years and oversaw the police department, fire department, DPW, Parks and recreation committees.

Trustee Waylyn Hobbs, Jr. Motto " I, like you, want to see our Village become a better place for our families to live, work and play.  Because of his commitment to the Village and its residents Trustee Waylyn Hobbs, Jr. Is a member of the Hempstead Fire Department where he serves as an officer with Truck Company One and EMT-CC with the Rescue squad.  Acknowledged for his service to aiding others in his line of duty; Trustee Hobbs received the life-saving star award.