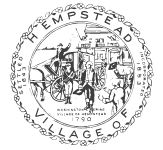 If you know of a family earning less than $60,000 a year with an honor student graduating from high school soon, Harvard University wants to pay the tuition. The prestigious university recently announced that from now on undergraduate students from low-income families can go to Harvard for free… no tuition and no student loans!

To find out more about Harvard offering free tuition for families making less than $60,000 a year, visit Harvard’s financial aid website at: http://www.fao.fas.harvard.edu / or call the school’s financial aid office at (617) 495-1581.